Dating back to 1846 the April Fairs in the Andalucian capital city of Seville, when councillors José María Ibarra and Narciso Bonaplata had the idea of holding a three-day livestock trading festival. The idea was proposed to Queen Isabella II who readily approved the festival and the first ever fair happened on the 18th April 1847, when over 25,000 local people attended. As the fair developed year on year, it slowly transformed from a trade fair into more of a social occasion; quickly becoming one of the most important fiestas in the city's annual calendar. 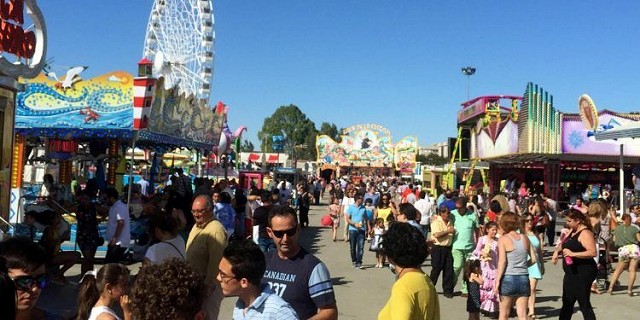 Held two weeks after Easter, the fair now covers the three areas of La Calle del Infierno, El Real de la Feria and the car parks as well as 15 streets within the Real area of the city. During the fair, the people of Seville make their respective marquees their homes, playing host to receive and entertain friends and family. The fair is a full day event and may be enjoyed for a full 24 hours if so desired. The 'morning fair' begins at 1.30pm and is the most ideal for families and horse lovers. Flamenco is a feature of the 'afternoon fair' which begins at approximately 7pm, whilst the young people come to live for the 'night fair' beginning at 9pm.

This year, however, the city authorities have taken advice from the Seville Association of Asperger Syndrome (Asperger - TEA Sevilla) who lobbied for a quiet period during the fair so that those fairgoers with Autism and their families and friends could enjoy the fiesta too. With this in mind, the fiesta will have a 4-hour quiet period each day of the event to be more inclusive. The only information which has not yet been released is the exact timing of the 4 hour period each day. This initiative by the Seville City Authorities has also been followed by an equal gesture by the city of Jerez, who will also make a 4 hour period of time for their festival as well. It is hoped that this scheme will be followed by other fairs across Spain as the success of the initiative spreads. Further details of the April Fair may be found by visiting the Andalucia website