A weekend in Philadelphia

Often shortened to Philly, the USA's 6th largest city by population and is known as 'The City of Brotherly Love' and it was part of our planned tour of the Eastern region. We wanted to visit as it was the birthplace of the USA and should claim to be the 'City of Firsts', as it had the first library, first medical school, first business school, the first hospital and so many more. Philadelphia has a rich history and was the home of the Lenape or Delaware Indians with territory running along the Delaware Watershed. The Indians were displaced by Europeans who brought disease and conflict to the area, a peaceful settlement came about when William Penn arranged to by the lands from the Lenape Indians and then the changes began. With such a rich history, there is much to see and do in Philadelphia for both old and young alike. 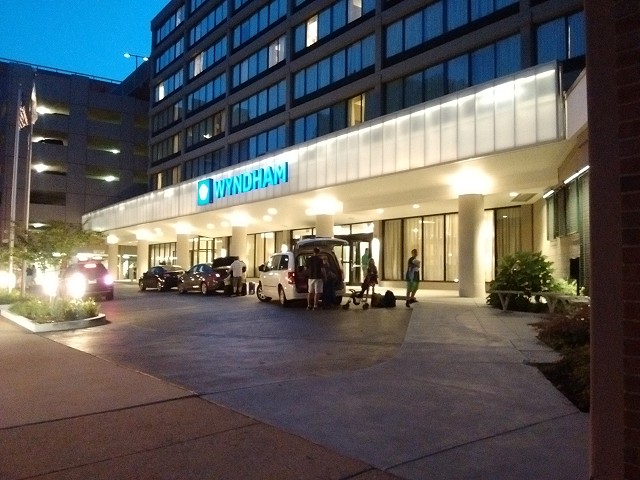 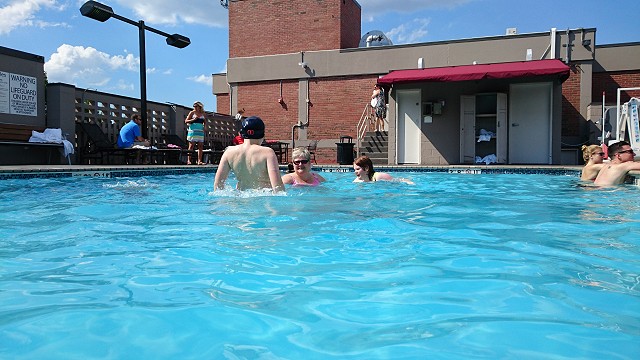 Having arrived by train we were quickly offloaded by amtraks Red Cap Service, which was excellent and collected by the German Town Cab Co. who met us outside the train station as arranged. We had booked the Wyndham Philadelphia Historic District which had a roll-in shower and a pool that was ADA compliant in so far as it had a pool chair, but there were 7 steps to get down to the pool, so we are not sure how that is considered accessible! The historic district is a good location and the city offers a complimentary bus service which has several stops all around the city and we found it to be both useful as well as accessible. Basing ourselves in the Historic District, where we able to explore the remains of the first Presidential House, enjoy the tour of Independence Hall and get to stand beside the iconic Independence Bell. There is also a public park here with some reasonable public toilets and a tourist information centre as well as eateries, bars, and restaurants.  Again, making use of the complimentary bus service from here was perfect; the queues here are pretty long, but as a wheelchair user, I was allowed onto the PHLASH transportation first. 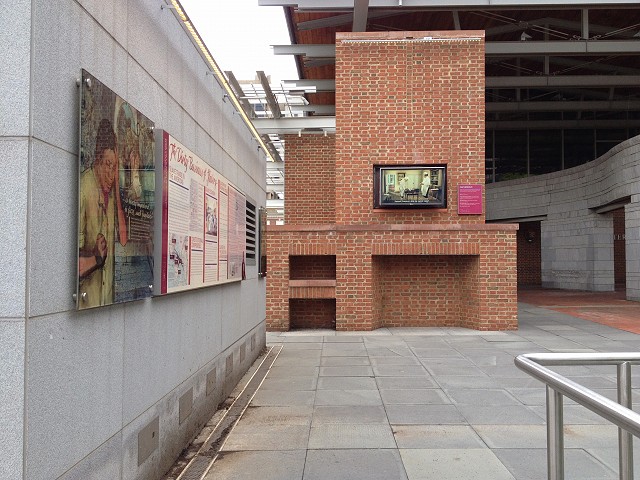 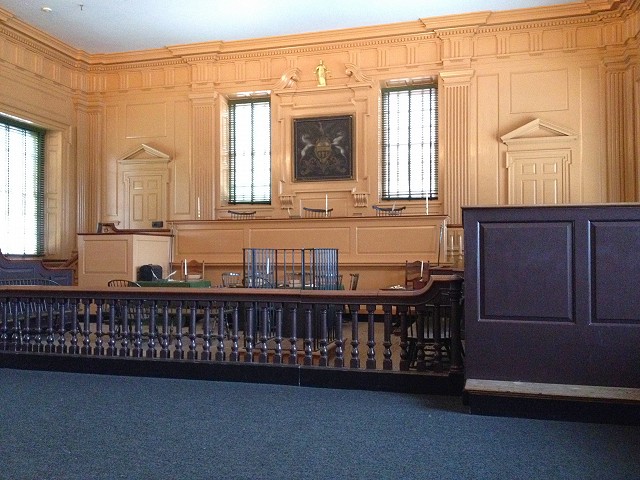 In the downtown area, the sidewalks are fairly level so pushing around the place is quite easy, with lots of street cafes available and the water fountains outside City Hall to keep cool, people watching here as well as enjoying the street entertainment is a relaxing way to pass the time, whilst Logan Square is another good spot for families. Access to the Roman Catholic Cathedral is also possible in this part of downtown with a ramp located at the side entrance. Inside is quite impressive and well worth a visit as is the art gallery. For those who are interested in iconic film locations, the steps which Rocky Balboa was to run up is a great place to get a photograph either of the steps or at the statue. 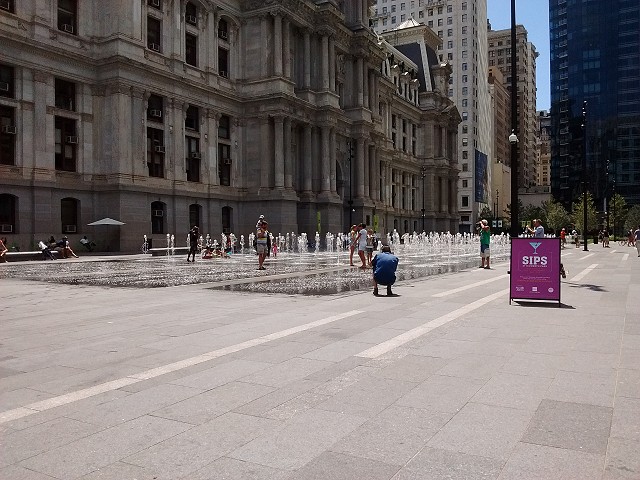 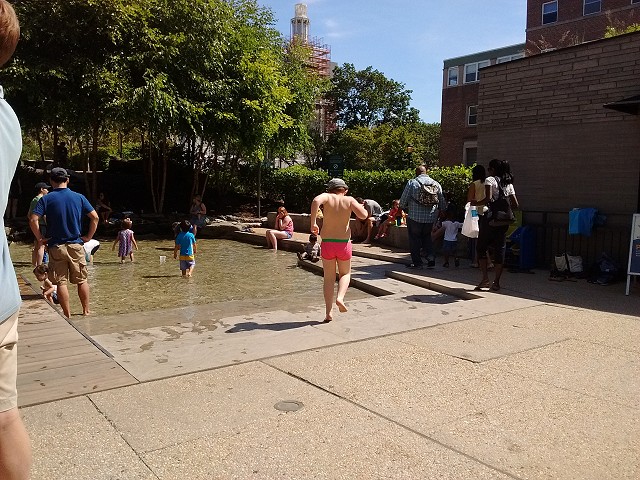 Trundling back along the sidewalk to the historic district, brought us past the Macy's store, which is not something we would ordinarily mention as every major US city has at least one Macy's. However, this particular building has some pretty impressive architecture inside and I don't think we've ever seen a store with a pipe organ inside! We didn't hear it making music and nor could anyone tell us if it was still able to function, but it was still worth looking at and a pleasant surprise. Philadelphia also has some charming small privately-owned stores which are off the main shopping street and are also worth taking a detour to visit if not only to discover some lovely restaurants and atmospheric bars. 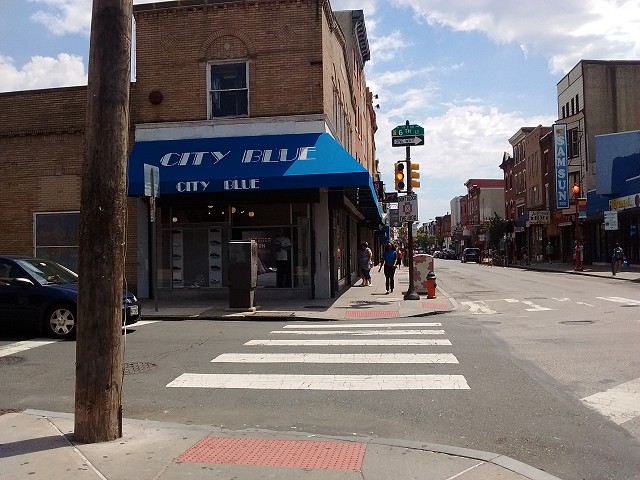 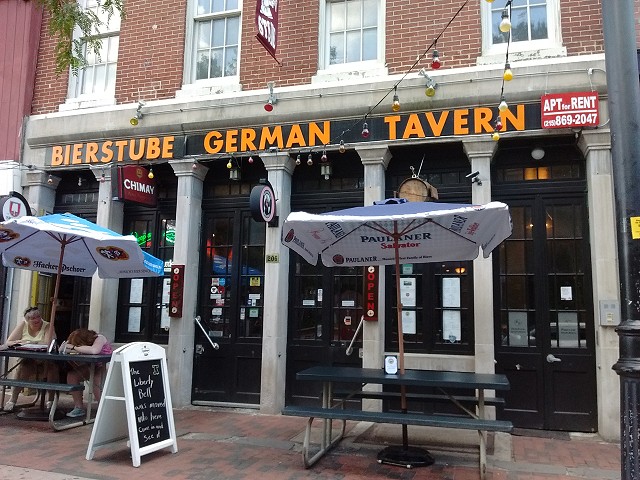 The end of our weekend saw us exploring the harbour or riverside area of Philadelphia where a cultural event was about to begin. In the heat of the early evening, the breeze from the river was welcome and brought a breath of freshness to a hot and sticky day. The access in this area was a little more challenging as there are steps leading to the different riverfront levels. Ramps are available, but not readily identifiable in a busy festival situation. That said, it did not take away from the overall family enjoyment experienced. 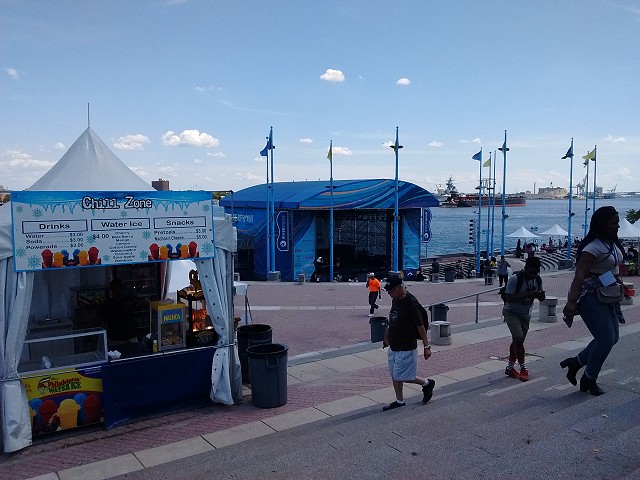 Philadelphia presented as a relatively small city area, largely due to the free bus service, but there is so much to see and do, a long weekend disappears in no time at all. We thoroughly enjoyed our stay and would be very comfortable recommending it as a city break destination to anyone who uses a wheelchair.  Further details on the accessibility of Philadelphia can be found on the website accessible Philadelphia